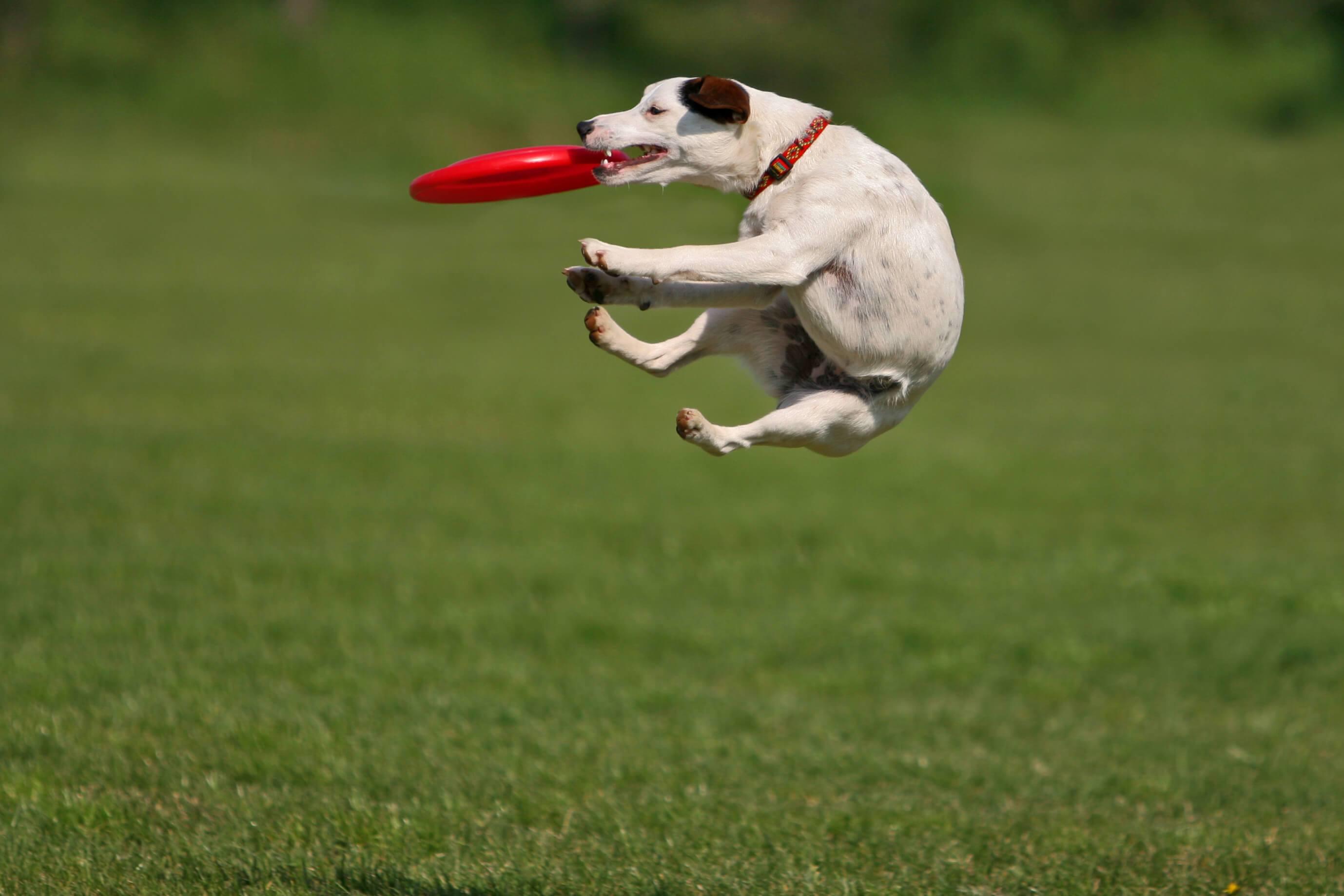 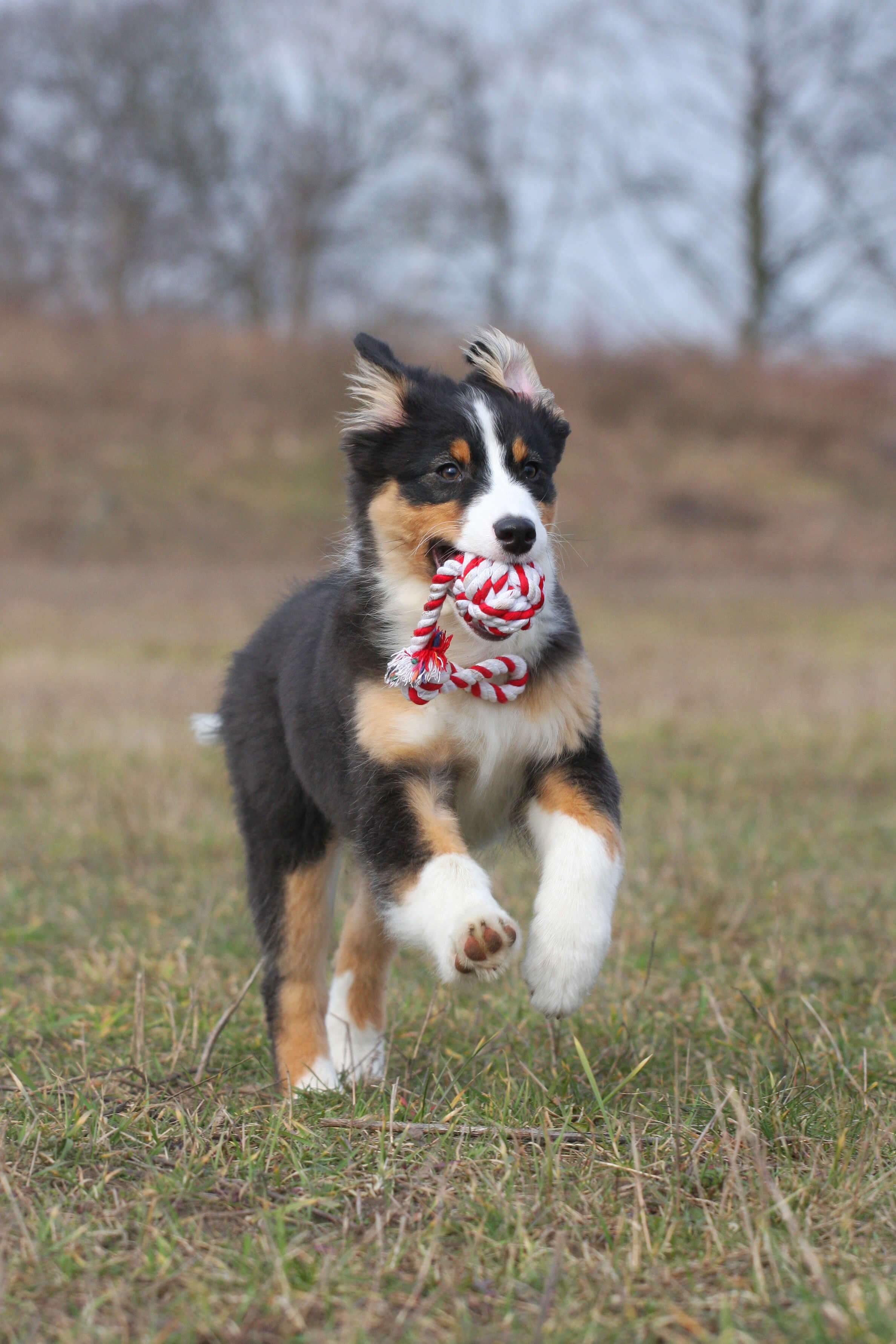 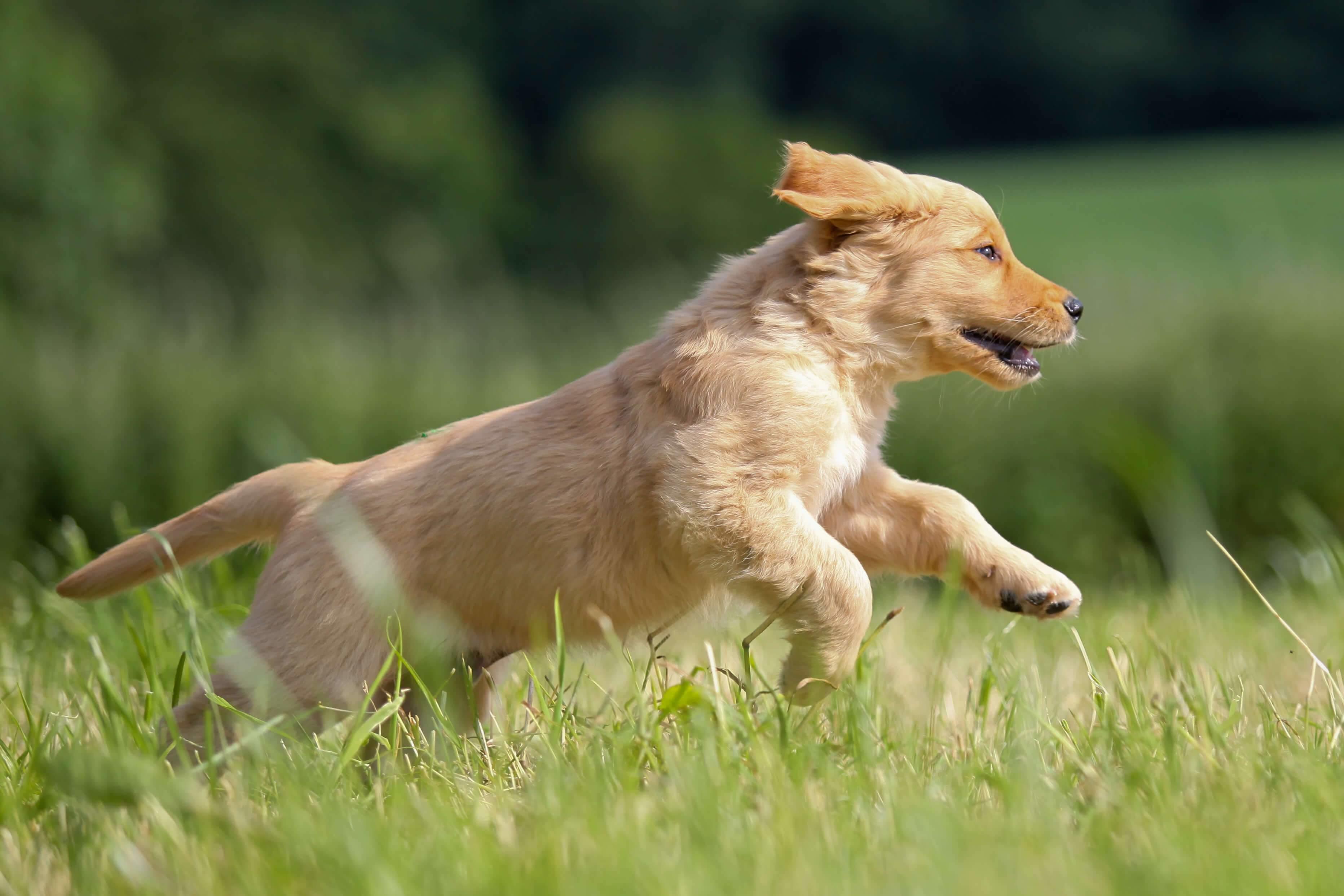 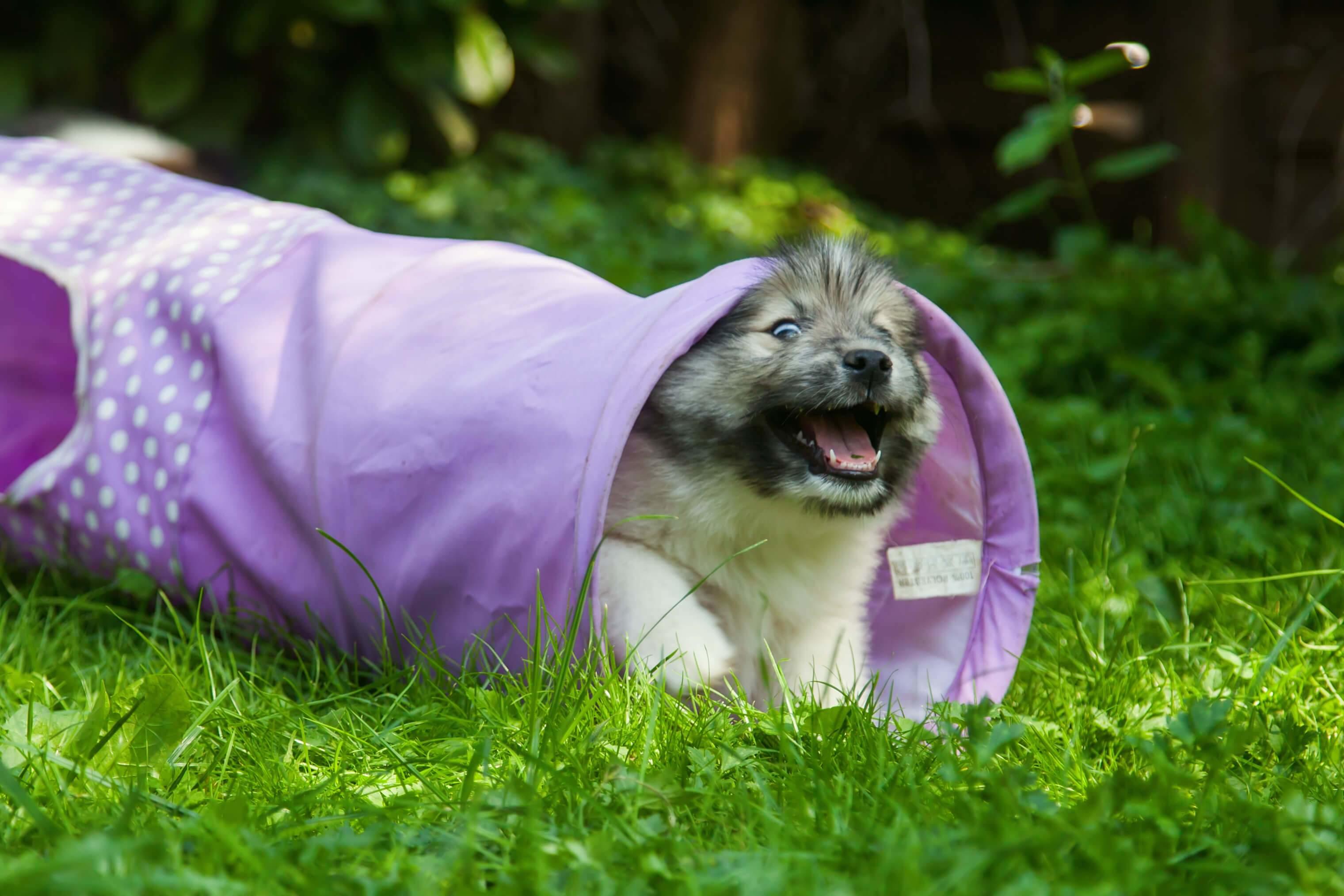 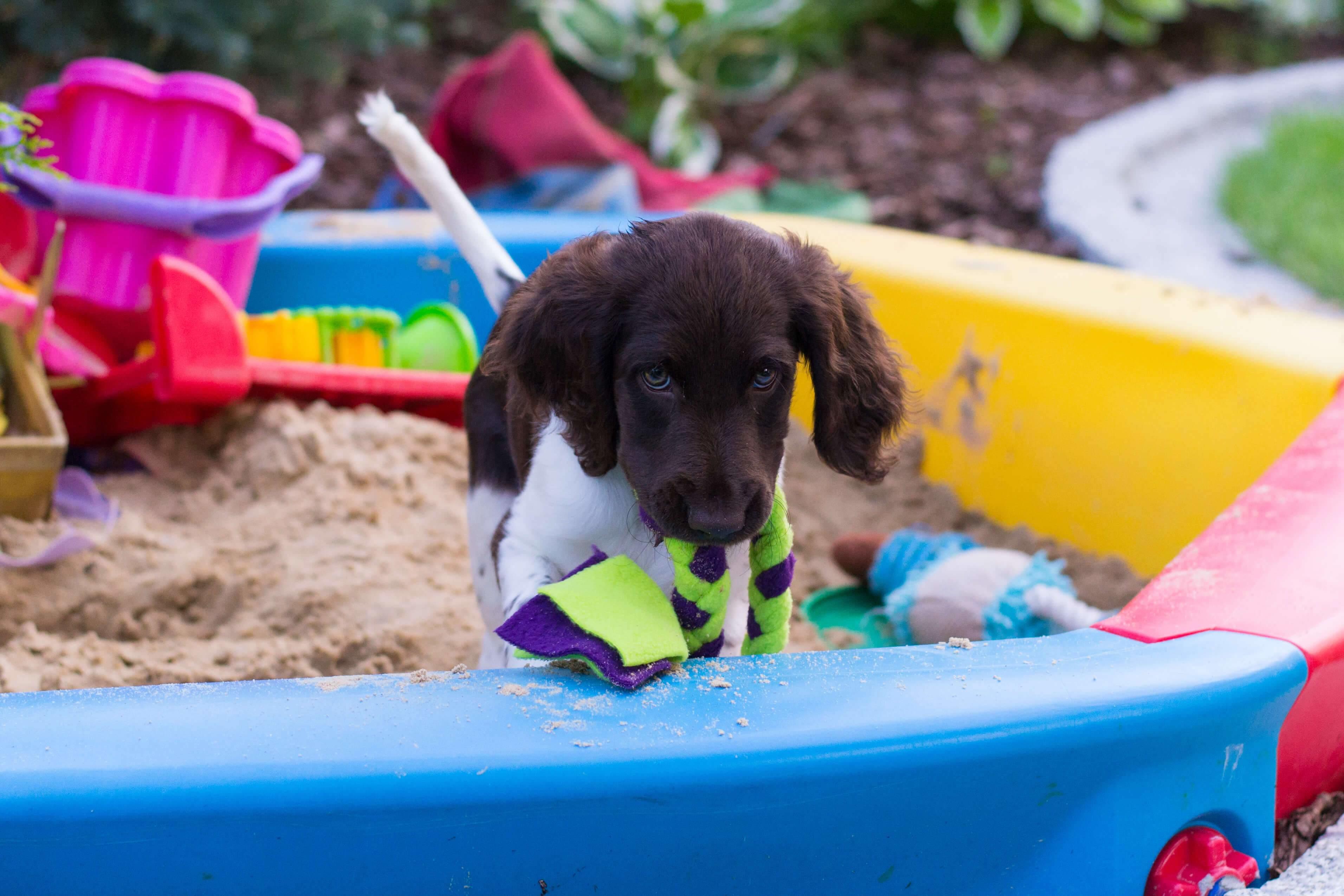 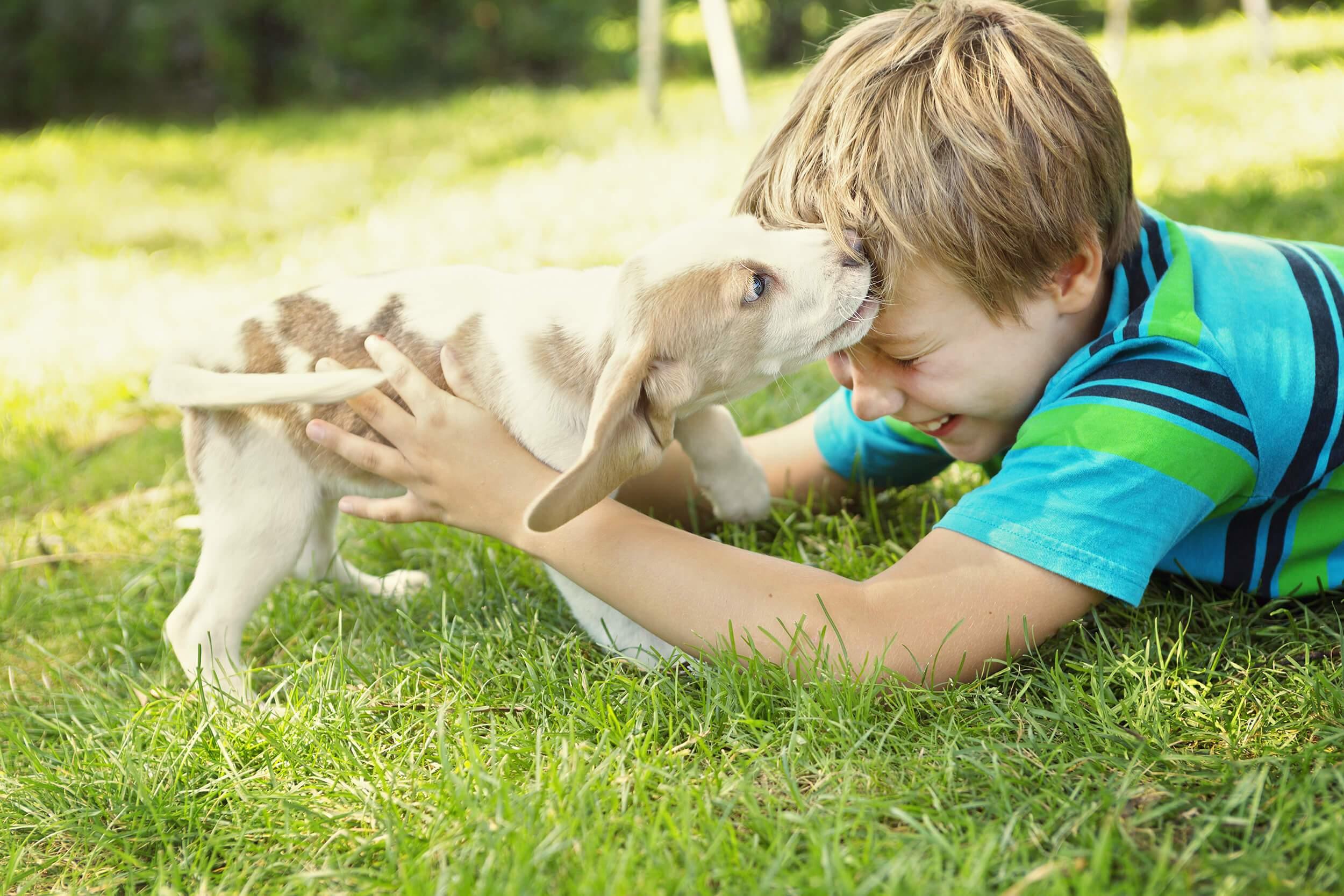 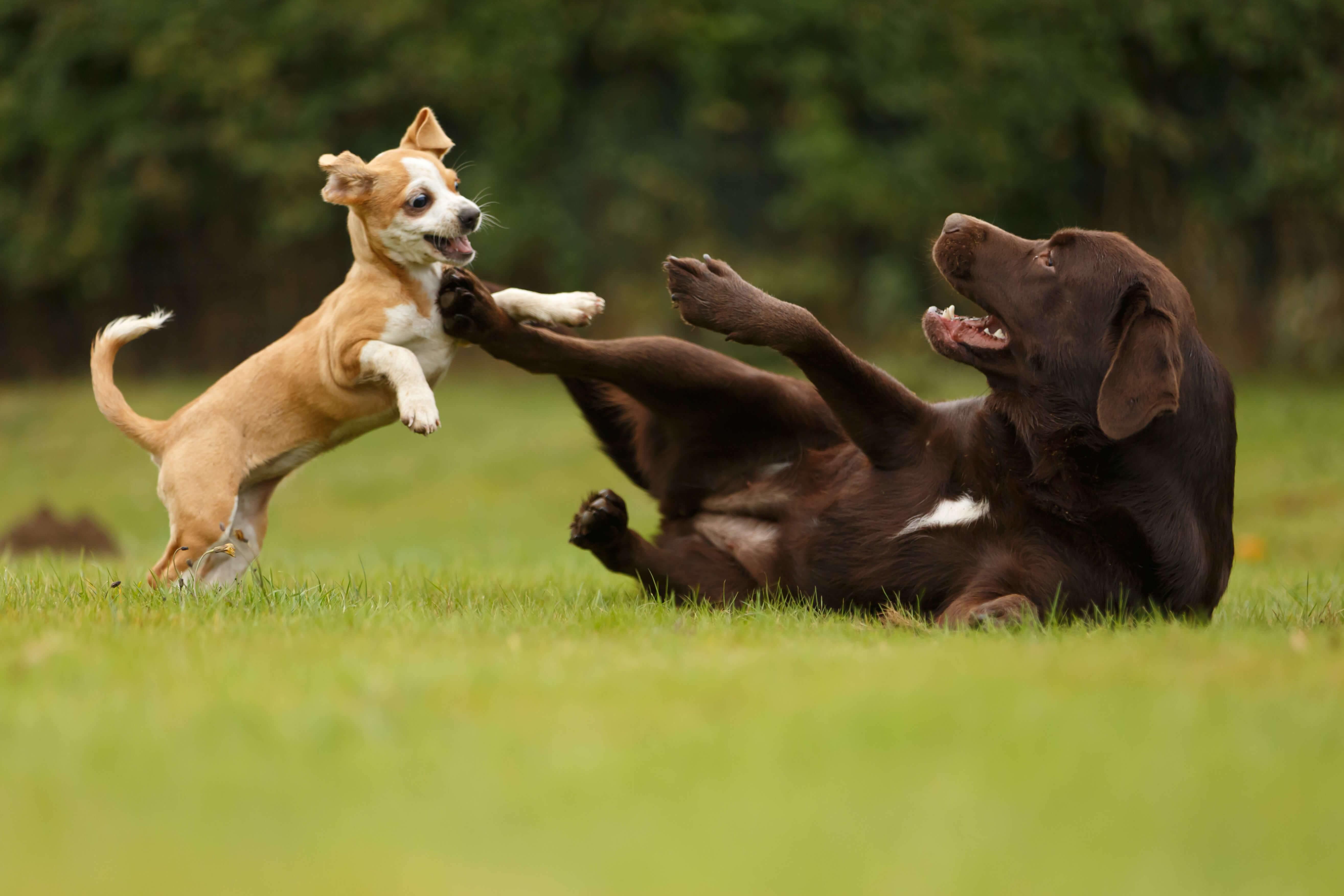 As with all of our courses, we only promote fear-free techniques.

This 2 unit course is relevant for anyone considering adopting or purchasing a puppy and for those working or volunteering in with dogs in the veterinary care sector including animal charities.

Learn about the stages of puppy development and socialisation. The course also explores how to prepare puppies in a positive way for life experiences so that unwanted behaviours can be avoided.

The first unit studies the stages of puppy development including genetics, combination of alleles, gene expression and maternal imprinting. In addition, this unit explores age-appropriate enrichment and training and the process of preparing for the transition to a new home.

Unit 2 Understanding how to care for and train puppies

This unit studies the life skills that puppies need to learn in order to prevent future unwanted behaviour and includes information about how to prepare puppies for experiences such as visits to the vet and dog groomer. The unit also includes information about how to prevent and solve unwanted behaviour and how to habituate and socialise puppies. The concepts of puppy parties and puppy socialisation classes is also explored in this unit.

Because phenotype is affected by environment as well as genetics, certain alleles may be expressed in some environments but not in others. It is possible that two puppies from the same litter with the same genotype can sometimes have different phenotypes because they were exposed to different experiences after birth and were subsequently raised in different environments.

The word ‘breed’ can be defined as a specific type of animal within a group that has its own appearance and characteristics. Canine breeds, therefore, have their own distinctive phenotype (genetic and behavioural characteristics) which have invariably been developed by deliberate human selection.

The traditional development stages of puppies overlap. They are not black and white and there will be variations in each individual dog.

It is essential to see the puppy in front of you and use the development stages as a guide, rather than expecting every puppy to conform to the stages.

The effect of early socialisation on the later behaviour of a dog is very relevant to canine behaviour problems. It has been demonstrated that if a dog is isolated from 3 days of age to 20 weeks of age he will most likely be disturbed (Agrawal et al 1967).

DNA - deoxyribonucleic acid - the chemical at the centre of the cells of all organisms, controlling the structure and purpose of each cell and carrying genetic information which is passed onto subsequent generations

Chromosome - Each chromosome is made up of DNA which is tightly coiled many times around proteins called histones that support its structure. A chromosome is a thread-like structure of nucleic acids and protein found in the nucleus of most living cells, carrying genetic information in the form of genes.

Gene –A gene carries the inherited material for all physical traits and may carry some genetic material for behaviour traits and characteristics. Genes are made up of DNA. In dogs, genes vary in size from a few hundred DNA bases to many thousand bases.

Every dog has two copies of each gene, one inherited from each parent. Most genes are the same in all dogs, but a small number of genes (less than 1 per cent of the total) are slightly different, leading to differences in breed morphology and characteristics.

Genotype – the complete set of genes found within an organism, which constitutes that organism’s entire inherited identity.

Phenotype – the physical and behavioural expression of the organism, which is determined by both the genotype inherited from the parents and the environment.

Heterozygous – the presence of two different forms of a gene that controls a particular characteristic. One allele is inherited from each parent, and therefore the organism is able to pass on either form of the allele to its offspring.

Homozygous – the presence of two of the same form of a gene that controls a particular characteristic. One allele is inherited from each parent and therefore the organism is able to pass on the same form of the alleles to its offspring.

Individual breeds have developed over thousands of generations into the dogs that are known today. Specific breeds have evolved due to both environmental influences and human intervention. Continental drift, where ancient land masses gradually shifted apart, meant that the canids on each continent originally consisted of groups typified by reduced genetic diversity, which happens when a population is descended from a small number of colonising ancestors.

The morphology and behaviour of these ancient dogs would have adapted to suit the geographical location and climate, shown primarily in the hair length and body shape of each breed. Hot climates produced short-haired dogs with light, long-limbed skeletons (such as the Azawakh) while colder climates resulted in dogs with thick, double-layered coats with heavier, more stocky skeletons.

As the process of domestication evolved, dogs were bred through artificial selection for traits that were functional in serving human needs, such as herding, hunting and guarding. Dogs were selected for physical traits that made a breed more likely to produce required behaviour, such as speed for hunting and visual acuity for herding and protecting sheep.

The concept of standardising breed appearance and characteristics in ‘foundation stock’ originated in the mid-18th Century when livestock farmers began to breed poultry and animals that were selected for food production. Cattle and sheep that could be quickly raised and fattened for meat were bred by meat producers and cattle that produced large quantities of milk were chosen for dairy herds. Dog breeders were quick to follow, and breeds became standardised with the advent of national Kennel Clubs, who set the ‘breed standards’ for each individual breed.

These standards are based on both morphology in terms of the size, conformation, gait and deportment, and required characteristics for each breed. Although many breeds have similar phenotypes and the specific breed has unique traits.